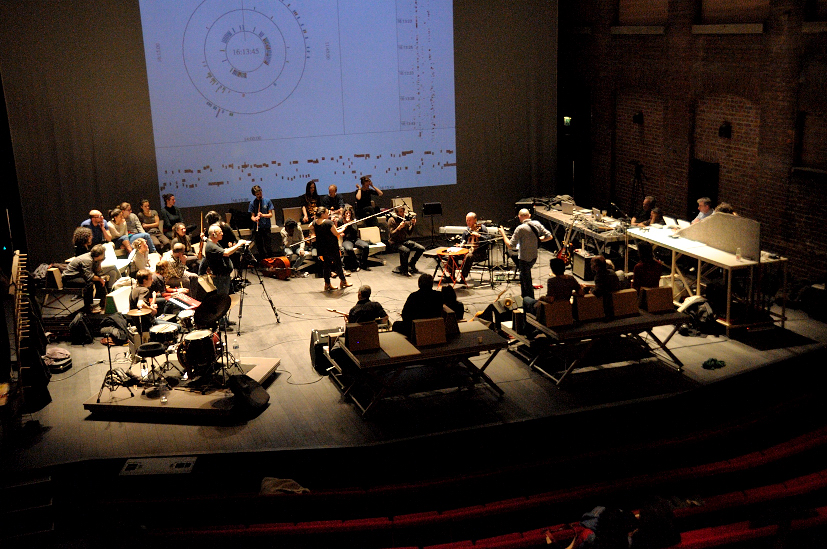 ImproteK played an important role in the “Ateliers Inatendus” (“Unexpected Workshops”): from October 2014 to August 2015, a “traveling school” was organized between Belgium and France with workshops in Mons, Lille, and Tournai, attended by numerous amateur and professional musicians. The workshops associated sessions of collective musical practice orchestrated by Bernard Lubat, Fabrice Vieira and guests (such as Michel Portal), and sessions of collective discussions with interventions of philosophers and musicologists and ethnomusicologists (such as Bernard Stiegler, Jean During, Pierre Sauvanet and Yves Citton). This project ended with a summer school in Tournai during Tournai Jazz Festival 2015.

The scenography of the successive workshops was centered on a visual representation of ImproteK inputs and outputs displayed on a screen in the middle of the stage destined both to the musicians and to the audience. The system was integrated in a network of devices introducing new interactive practices for the musicians and enabling the audience to take part in an active listening process through annotations of the improvisations.

Begin typing your search above and press return to search. Press Esc to cancel.